Jessica Baxter leaves the city of Ft. Worth behind and accepts an offer to work on a wine farm on the Italian island of Sardinia. Excited at the prospect, she doesn't expect to get stranded on her first day. Her life takes a peculiar turn when a British architect reluctantly offers to help.

Graeme Di Marco moved from the glamour of London in search of a peaceful life for his family. Soon after he arrives on the island, tragedy strikes and he ends up raising a high spirited six-year-old by himself. Not only is the guilt he carries for his wife's death all consuming, he now has to put up with an American that's full of sass.
Graeme and Jess battle to get along, but little do they know that his father and daughter are playing cupid behind the scenes. Nastassja, the little girl, sprinkles her magic and the two of them soon fall in love; but will the memory of his loss drive them apart? 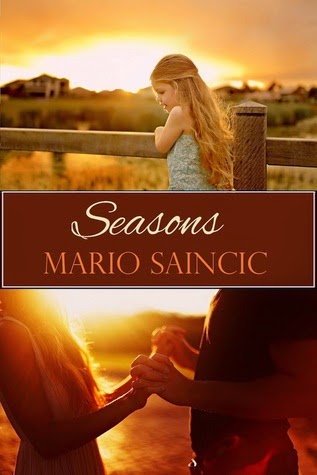 Seasons sneak peak...
"Pain fades, but how long does it take for a tear to dry?"

This was another sign of her growing up, a realisation that she wouldn’t be my little girl for ever. Previously I would knock twice and walk in, but the last few weeks she made it clear that I couldn’t do that anymore.
“Okay, you can come in now,” she said.
“Here’s your towel,” I said as I opened the door, my hand covering my eyes.
“It’s okay, I’m covered in bubbles.”
“Don’t worry sweety, I’ll put this down and leave.”
“You can sit. I want to chat,” she said.
“About what?”
“Things.”
“What kind of things?”
“Just things.”
There was a long standing rule in the house. If somebody had something to say, we would put time aside for it; not the usual run of the mill stuff about who said what and when, but the kind of talking that started with ‘I want to chat.’
“But we’re in the bathroom; can’t we do this at dinner?”
“No. Mommy always said that if you want a man’s undivided attention, you spoke while in the bath. So, do I have your attention?”
“Yes, yes you do,” I answered, smiling at her pouted lips.
“Good.”
Looking at her was like seeing a smaller version of her mother. She sang as she washed, and it brought back memories of the two of them bathing together.
“So what would you like to talk about?” I asked.
“Just things.”
“Nastassja, you might have my attention, but mommy also told you to keep a man interested in your conversation otherwise he will either fall asleep or walk away.”
“But you won’t walk away from me?”
“No, sweetheart, never.”
“Well then that’s settled, you have to stay.”
Moments like these were special, a time to leave the outside world on the doorstep. I would often stand in the corridor listening to the two women in my life as they spoke. Sometimes I was the topic, and other times not. The best was when Nastassja asked Olivia what it would be like when she grew up, and what kind of man she would meet some day. It always warmed me when she said ‘I want a husband like my daddy.’
“Daddy?”
“Yes?” I answered.
“Do you like Jessica?”
Knowing that she was not my father and couldn’t easily be put aside with a simple ‘basta,’ I got off the stool and sat on the bathroom floor. Straightening my legs and leaning against the door, I saw her little face peering at me over the rim.
“Well?” she asked, eyes fixed on me.
“She’s okay,” I said.
“Just okay?”
“Sweety, why do you ask?”
“Well,” she paused, “I think she likes you.”
“And why do you say that?”
“Well,” she said, pausing again, “she seems to smile a lot when she’s around you. Other times she seems a bit sad. Did you know she paints?”
“No, I didn’t know she paints,” I said.
“Probably not as good as mommy, but it’s a start.”
“A start for what?”
“Nothing,” she said, lowering her head.
Trying to remember anything out of the ordinary, I played the first days we met over in my mind. Yes she was full of fire, and in a way a bit cheeky, but I never noticed any sign of interest. Jessica was a long way from home, far from family and friends, and I took her pleasant tone to be a way of trying to fit in. What if she was interested in me? The thought scared me a bit.
“Daddy?”
“Yes, Nastassja?”
“I like her.” 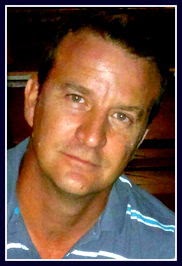 Recipes are rules meant to be broken!

Mario Saincic was born in 1970, and has a passion for life. Starting off in restaurant kitchens and ending up as an architectural designer, he has managed to turn his creativity into a career. Writing is one such desire, and since the release of Infirmity, there is hardly a day that goes by without characters sitting around discussing their lives with him.
"Inspiration appears at the strangest of times, and we need to embrace it."

His desire in life is to be as perfect an example to his kids as his father is to him.

Join him on Goodreads
Twitter @MarioSaincic
Check out Mario's Blog 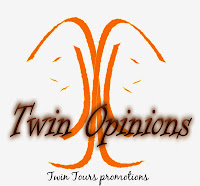