The first four Kingsmen MC Books are now all together in a collection! 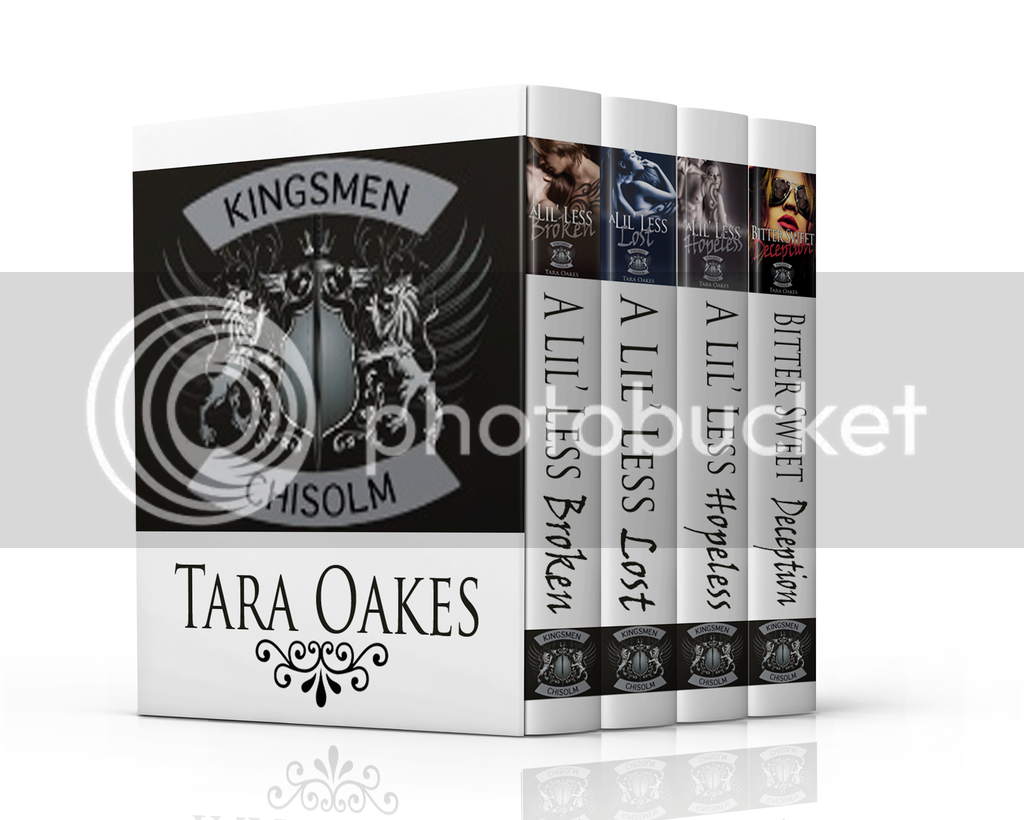 SYNOPSIS
*** Warning *** This collection is intended for those 18 years or older due to mature and sexual content. Journey through Jay and Lil's epic love story and explore the growing romance between Clink and Charlie, book after book at an incredible value. BOOK #1- A LIL' LESS BROKEN Lil's and Jay lived their very own fairytale biker romance. He was her first love, her only love. She was what he needed, what he wanted. Insecurities, fear and misconceptions lead Lil's to make a heartbreaking decision to abandon that life and love behind, before it consumes and destroys her as it did her mother years earlier. But.. moving on isn't so easy when you are deeply connected to your past. When Lil's finds herself in a whirlwind of danger her knight in shining armor, er..., her badass biker on a Harley bails her out. But at what cost? BOOK 2- A LIL' LESS LOST Do fairytale's always have a happily ever after? Jay and Lil's had just found the love they once shared and foolishly lost. But, a horrific turn events threatens to end it forever. Jay must race against time to save his ol' lady Lil's and their baby before tragedy strikes. In this sequel we learn more about Jay, the deep love he has for his soulmate, and just how far he is willing to go to protect her. This novella is approx. 50,500 words and does not contain a cliffhanger ending like it's prequel. However, an epic love story like Lil's and Jay cannot possibly be wrapped up in two tidy little novella's... now can it? BOOK 3- A LIL' LESS HOPELESS Jay and Lils' epic tale of true love has unfolded, first in 'A Lil' Less Broken', followed by 'A Lil' Less Lost', and now concludes in the third installment of Tara Oakes' thrilling Kingsmen MC saga. Jay has proven his loyalty over and over... that he is willing to do whatever necessary for his one true love, his Lil' one, Julia. She just so happens to have an uncanny ability to find herself in need of that loyalty time and again. What happens when the tables turn and it is Lil's who must risk it all to save her ol' man? To prove once and for all, to him, and to the MC they call family that she is no longer the little girl they've known. But instead, is a fierce ol' lady determined not to stand idly by as everything she has worked so hard to regain is threatened. BOOK 4- BITTER SWEET DECEPTION The Kingsmen M.C's saga continues in this newest installment of Tara Oakes' tantalizing new series. In the first three novella's you've come to know and love the characters within the club. Jay and Lil's have had their epic love story play out over the pages of "A Lil' Less Broken", followed by "A Lil' Less Lost" and finally, "A Lil' Less Hopeless". While their fairytale is far from over, the next arc in the series concentrates on some of the other intriguing characters that have been woven throughout Jay and Lil's storyline. The question on everyone's mind is.... WHO IS CHARLIE? And what is she hiding? Planting herself deep within the club's inner circle, Charlie came to Chisolm with one goal in mind... to destroy the Kingsmen, M.C., no matter the personal cost. An unknown hatred fuels her mission to take them down. Pairing herself up with one of the club's bad boy's, the M.C.'s enforcer, Clink, seemed like just the ticket to get her in the door. Once inside the club she had been eyeing from afar, she comes to realizes things are very different from what she had imagined them to be. Villainizing the group as a whole for an injustice that was done to her many years earlier no longer seemed to fit with growing attachments and relationships she was forming. If you'd like to purchase the collection, feel free to grab your copy here:Amazon US 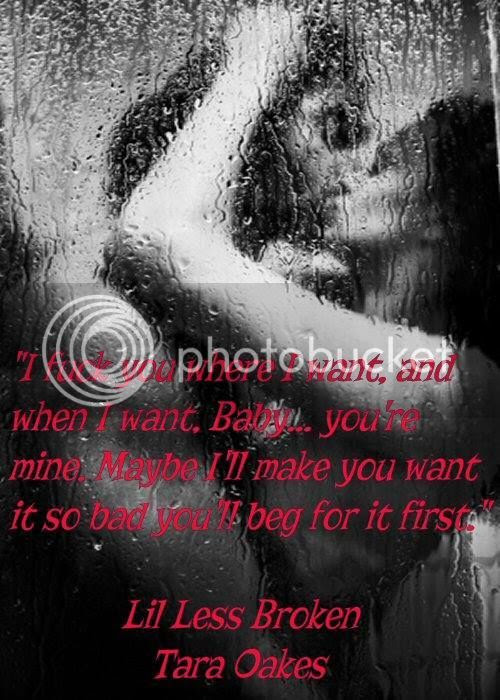 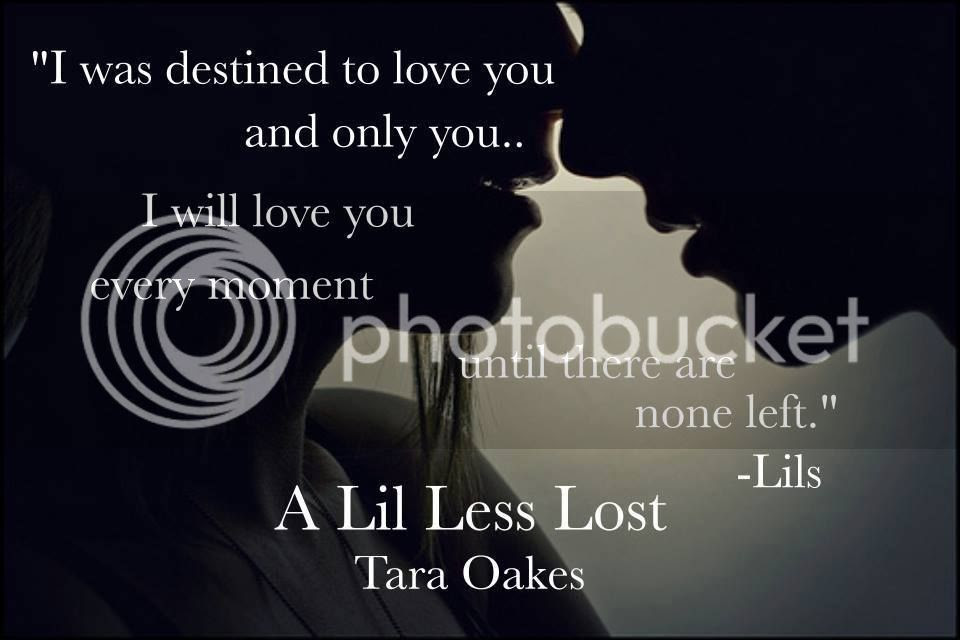 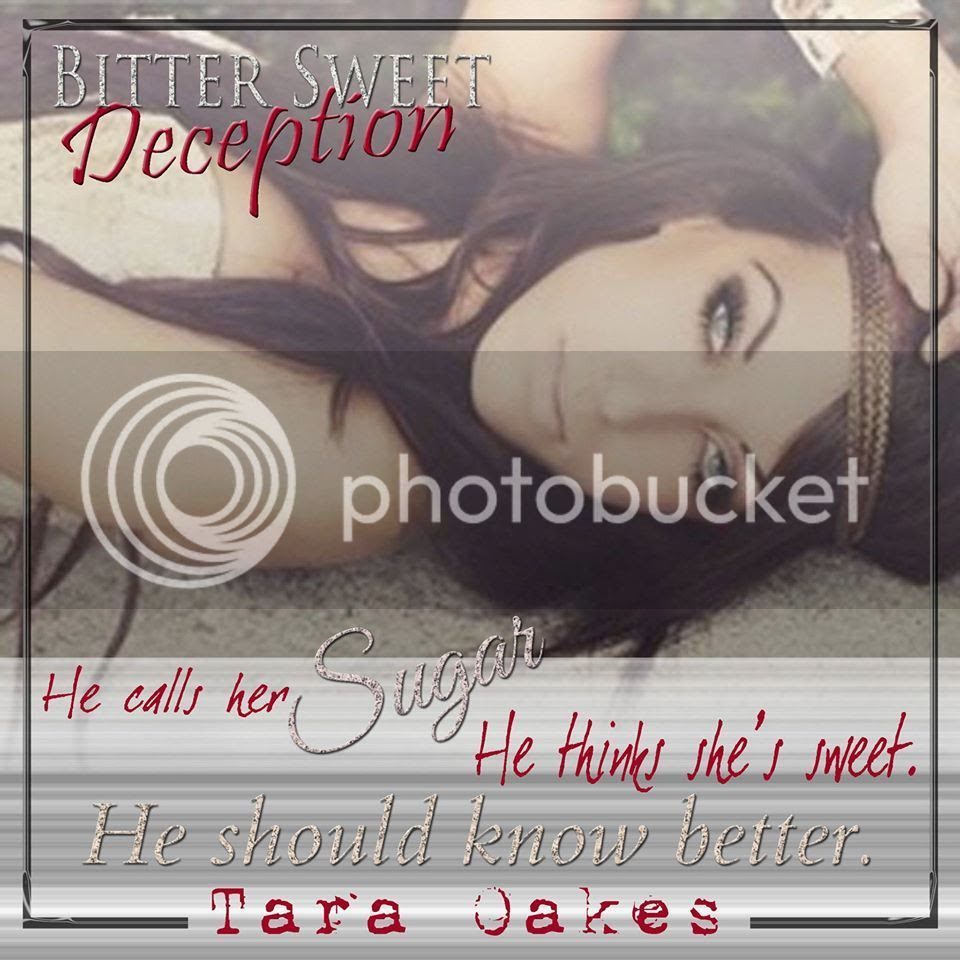 OTHER BOOKS BY TARA OAKES

LEARN MORE ABOUT TARA
Tara is a thirty something newbie author from Long Island, New York. She's a voracious reader, a passionate writer and obsessive junk T.V. aficionado. When she's not doing one of those three things she is attempting to garden, hanging with her hubby or partaking in some retail therapy. She enjoys connecting with her readers and is having a blast entering into this new world of publishing.