Masquerade is an Ivy short from the Blackbird series by Dahlia Donovan. The other books in the series: Ivy & Natasha are currently for sale on Amazon. A free short story is available for all of her newsletter subscribers.

As the months have gone by since Ivy and her wolves bonded, hints have continually been dropped about moving in together and marriage.  It's unfortunate then that the romantic proposal which Ivy had hoped for never quite arrived.  Her two alpha wolves instead merely demand her hand in marriage.

Suitably unimpressed, Ivy tells her gits to bugger off and hops on a private jet for a swanky masked ball in Monte Carlo with Alicia, Alim and Dane.

Can Steve and Gareth find the right words to win the yes from her lips?

You just never know who or what you'll find at a masquerade. 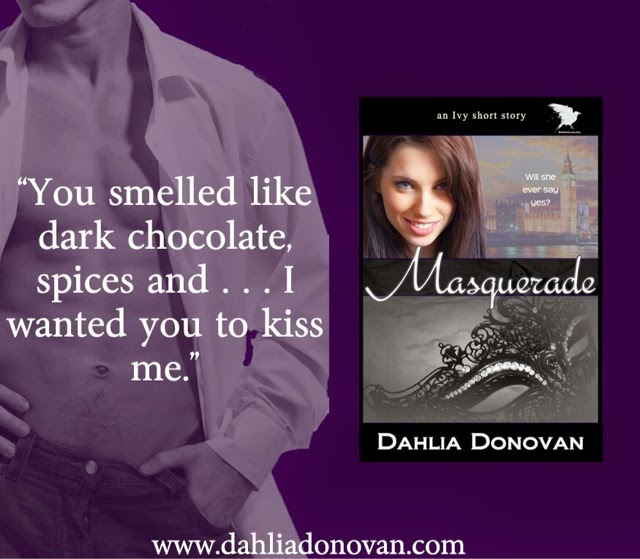