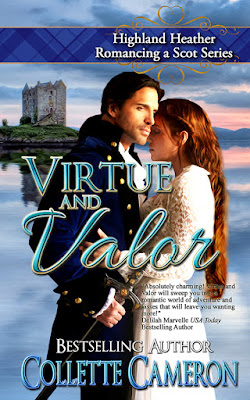 Bartholomew Yancy never expected to inherit an English earldom and had no intention of marrying. Now, the Earl of Ramsbury and last in his line, he’s obligated to resign his position as England’s War Secretary, find a wife, and produce an heir. Only one woman holds the least appeal: Isobel Ferguson, an exquisite Scotswoman. Brought to Scotland to mediate between feuding clans, he doggedly woos her.

Disillusioned with men pursuing her for her attractiveness, rather than her unusual intellect, Isobel has all but abandoned any hope of finding a husband in the Highlands. Not only does she believe Yancy no different than her other suitors, he’s a notorious rake. She’s been told he’s practically betrothed. Therefore, his interest in her cannot possibly be honorable, and so she shuns his attentions.

When Isobel is mistakenly abducted by a band of rogue Scots, Yancy risks his life to rescues her. To salvage her compromised reputation, her brother and father insist she marry him. Yancy readily agrees, but Isobel—knowing full well she’s fated for spinsterhood by refusing his offer— won’t be coerced into marriage.

Can love unite a reluctant earl and a disenchanted beauty? 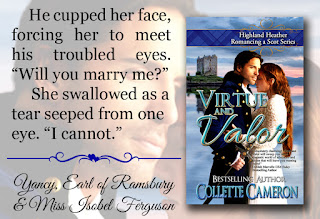 Isobel wheeled around and wound up planting her face squarely in a very masculine chest.

“Oh!” She leaped backward reflexively. Her heel caught on the cloak’s hem, and she tilted at a precarious angle.

She flailed her arms, and her possessions clattered to the stable floor

Eyes locked on his, she seized his coat lapels, frantically trying to stay upright.

His eyes widened in alarmed surprise when he teetered toward her.

Lord Ramsbury’s solid form toppled onto her and mashed her into the rough wood.

Eyes closed and surrounded by his sheer male essence, she waited for sharp pain to stab her. Tentatively, prepared to cease at the slightest discomfort, she wiggled her fingers and toes.

No pain. Nothing broken then.

She tried to pull in a deep breath, but his weight bore down upon her chest. Gads, how much did his lordship weigh?

She opened her eyes. Silky, whisky-colored hair tickled her nose. A clean virile scent, with a hint of sandalwood, hovered over him. He smelled wonderful, and she had the oddest urge to nuzzle her nose in his hair.

She noiselessly sniffed instead.

Did he twitch the merest bit?

Lord Ramsbury’s chest squashed her breasts nearly flat, and his lean hips were nestled between her thighs. For certain her backside and shoulders would sport a bruise or two.

Lifting her head, she winced. Ah, that stung. She wriggled her fingers, attempting to poke him. Why didn’t he get off? A gentleman would have, but he had already proved he didn’t deserve that title. 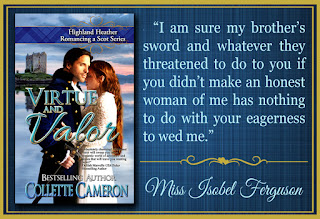 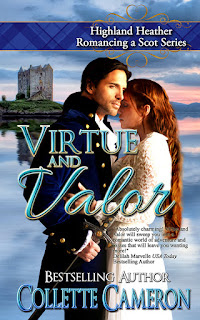 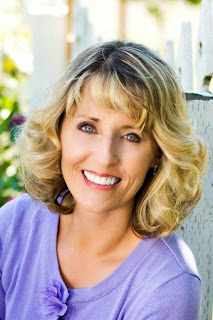 Bestselling, award-winning author, Collette Cameron, has a Bachelor of Science in Liberal Studies and a Master's in Teaching. Author of the Castle Brides Series, Highland Heather Romancing a Scot Series, and Conundrums of the Misses Culpepper Series, Collette writes Regency and Scottish historicals and makes her home in the Pacific Northwest with her husband and five mini-dachshunds. Mother to three and a self-proclaimed Cadbury Chocolate chocoholic, Collette loves a good joke, inspirational quotes, flowers, trivia, and all things shabby chic or cobalt blue. You'll always find dogs, birds, quirky—sometimes naughty—humor, and a dash of inspiration in her novels.

Her motto for life? You can’t have too much chocolate, too many hugs, too many flowers, or too many books. She’s thinking about adding shoes to that list. 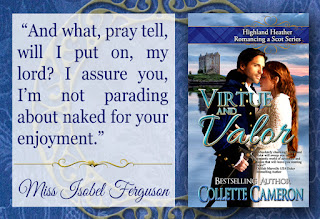 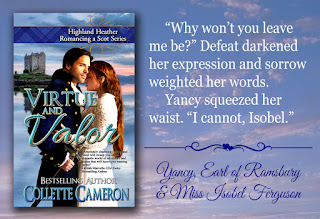