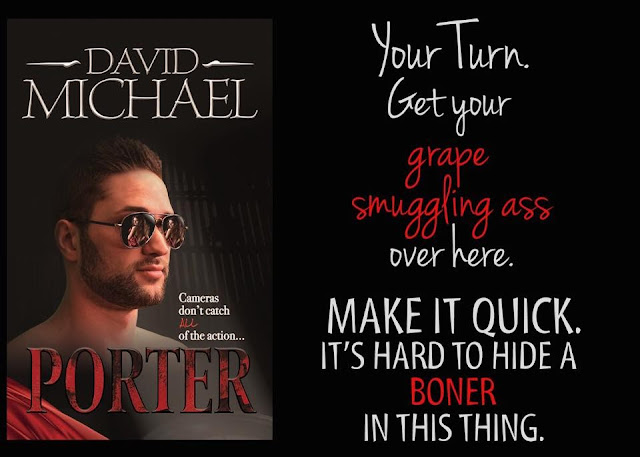 David Michael is the author of The United Series - a five-book paranormal romance series - and the Dick Dynasty Trilogy. His passion for writing was born of his passion for reading. He spent his childhood escaping into the worlds created for him by authors and has always aspired to join their ranks. After the publication of his first novel, he couldn't be stopped.
David lives in Salt Lake City, hates the snow, loves his pets (two cats and a dog), and more often than not can be found sitting in front of his laptop in his underwear hammering away at the keyboard (usually chatting on Facebook). He's a firm believer that what you put out into the universe comes right back to you and always looks for the silver lining around the rain clouds in life.
You can follow him on Twitter, Facebook, Google+, Amazon, Goodreads, and WordPress! He would love to hear from you! You can email him at author.david.michael@gmail.com or visit his Website: www.authordavidmichael.com
Posted by Unknown at 4:00 AM