Through the Fire (Book One – Daughter of Fire series) Michelle Irwin

Through the Fire
(Book One – Daughter of Fire series)
Michelle Irwin

Bottom Drawer Publications had the great pleasure to release Through the Fire, a new adult, paranormal romance by Michelle Irwin, late last year.

Ever since Clay, a soldier for an organization tasked with ridding the world of non-humans, stumbled upon the secret of her birth, Evie's been on the run. Now he's back, and she's unprepared as he forces his way into her heart. 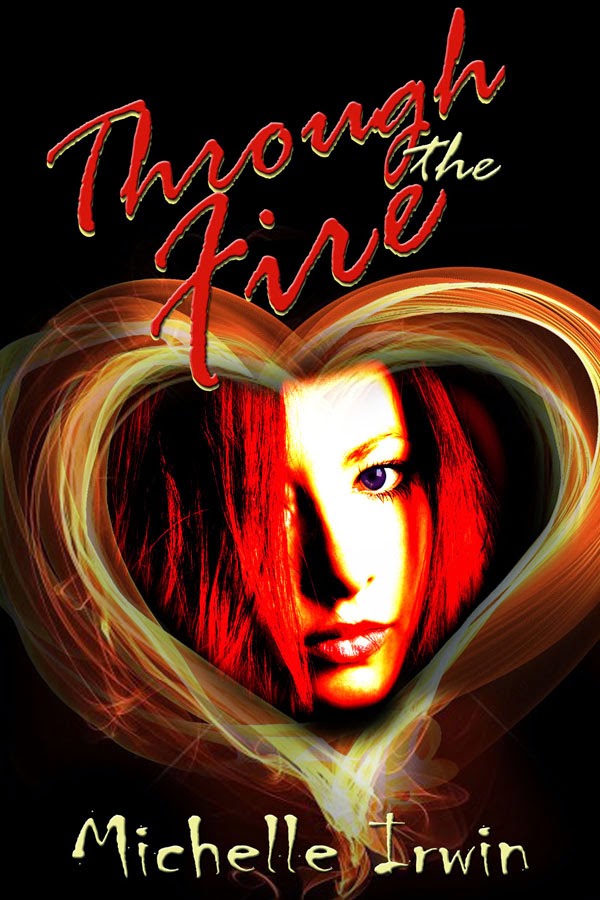 “This is a faced paced book with no dull moments and I am really looking forward to the next in the series... well done Michelle on a fantastic Debut!”
Jenny Schwartz - Author

Evie Meyers’ life is one spent on the run. Every minute of every day, her life is in danger if anyone should suspect the truth about her ancestry. Her father was willing to risk everything to keep the truth hidden, even from her, but the lies he fabricated were exposed when her high school crush, Clay Jacobs, inadvertently stumbled upon her secret. His discovery puts Evie at risk from a secret organization tasked with washing the world clean of nonhumans—and Clay is one of its deadliest soldiers. Forced into a war she doesn’t understand, all because of what she is, Evie is left with no choice but to flee with her father to escape persecution.

When Clay reappears in her life, battle scarred and mysterious, Evie is unprepared and terrified as he forces his way back into her heart. When the battle catches up with her, and a tragic accident tears apart the peace she discovered, she finds herself alone and without the protection of her father, or her lover. Now, she needs to keep her secrets hidden and learn to survive on her own in a world that wants her dead, all while searching for the missing piece of her heart.

Bottom Drawer Publications is proud to provide an advance cover reveal for Besieged by Rain, book one in the New Adult Paranormal series, Son of Rain, by Michelle Irwin. 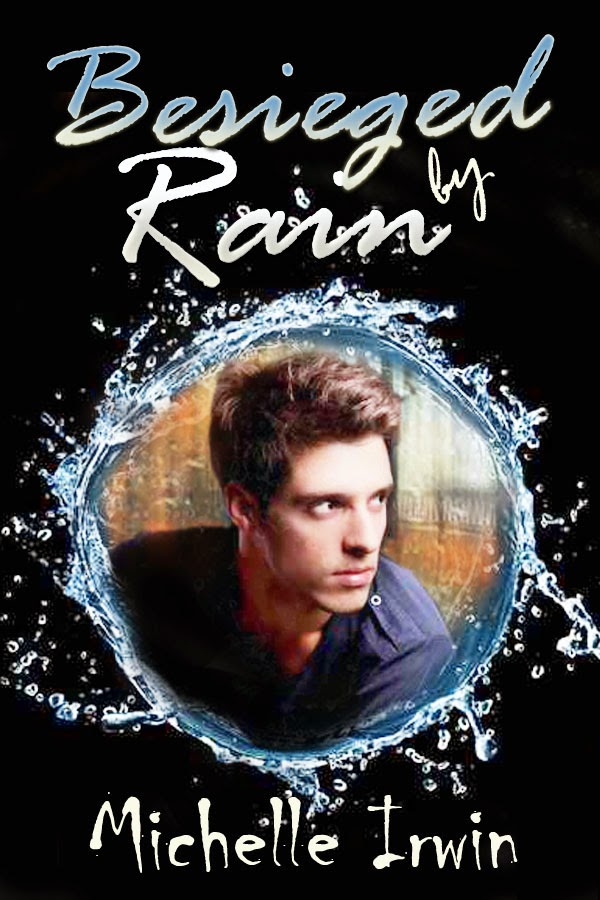 The Son of Rain series is a companion series (of sorts) to the Daughter of Fire series featuring Evie Meyers. We say of sorts because Clay’s story, albeit partly told in Evie’s books, is so much bigger. This is not simply a retelling of the story from Clay’s perspective. Clay lives a whole other life that Evie only gets a glimpse of when their story unfolds.

Clay Jacobs is a soldier. His family—elite members of a secret organization—are tasked with washing the world clean of all supernatural threats. Each new day brings the opportunity to fight at their side for a cause that he’s never doubted is just.‏

But Clay harbors a dangerous secret. The object of his teenage obsession was not human, and he failed to detect the truth until it was too late to destroy her. Even after she fled, he couldn't bring himself to report her. Now, the memory of the one who got away not only haunts him, it holds him captive and assaults him nightly. Unable to escape her hold on his mind, he races across the country to locate her and restore his sanity. Only instead of the monster he expects, he finds a woman who ensnares him with her charms. In her embrace, Clay dares to imagine a different life.

When his family discovers his betrayal, and threaten to destroy his dreams in the worst way imaginable, Clay has no option but to return to their side and convince them he’s back on the right track. Will he be able to play his part convincingly when the cause he’s spent most of his life fighting for is the very thing that will end his lover’s life? 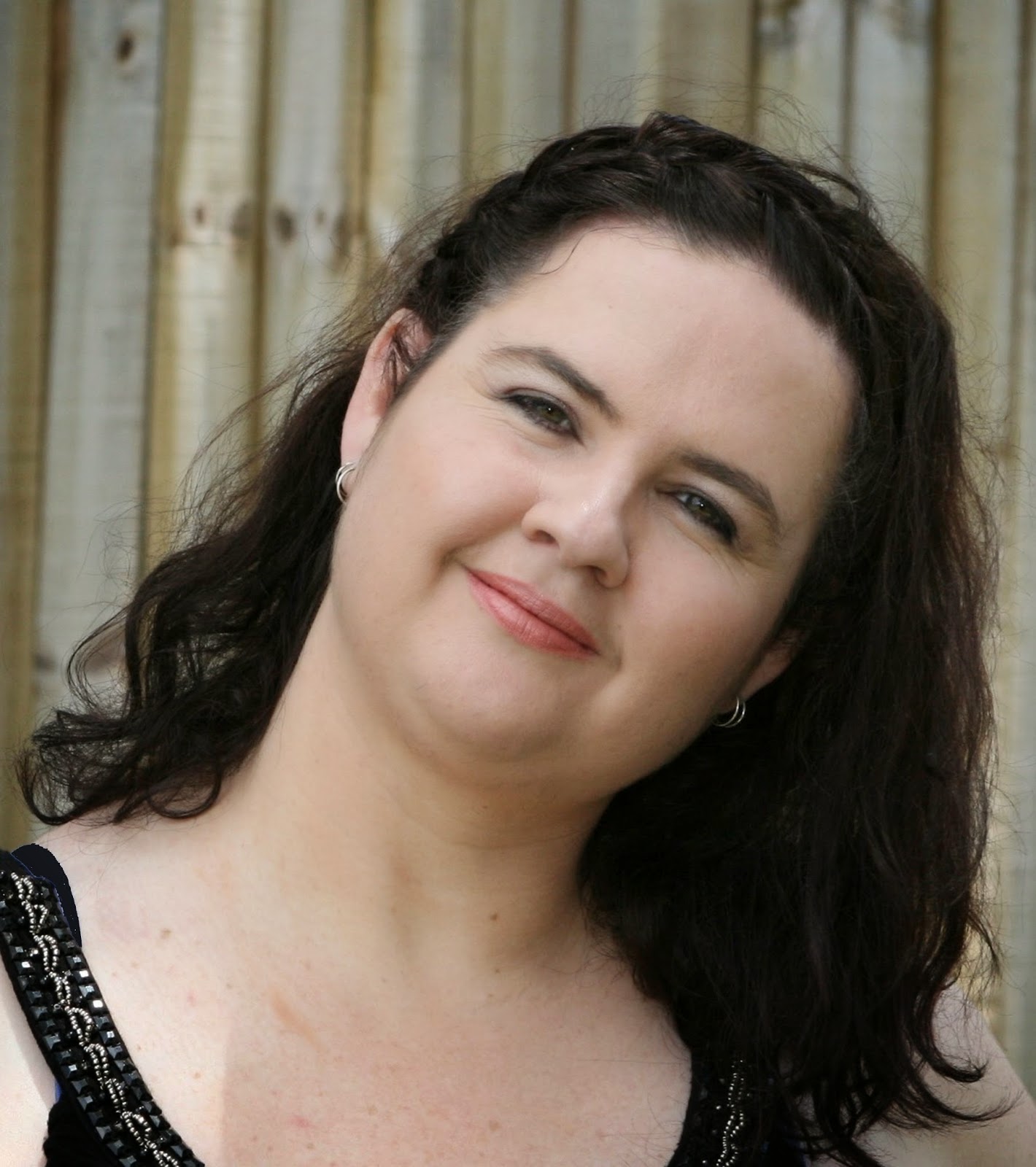 Michelle Irwin has been many things in her life: a hobbit taking a precious item to a fiery mountain; a young child stepping through the back of a wardrobe into another land; the last human stranded not-quite-alone in space three million years in the future; a young girl willing to fight for the love of a vampire; and a time-travelling madman in a box. She achieved all of these feats and many more through her voracious reading habit. Eventually, so much reading had to have an effect and the cast of characters inside her mind took over and spilled out onto the page.
Michelle lives in sunny Queensland in the land down under with her surprisingly patient husband and ever-intriguing daughter, carving out precious moments of writing and reading time around her accounts-based day job. A lover of love and overcoming the odds, she primarily writes paranormal and fantasy romance.