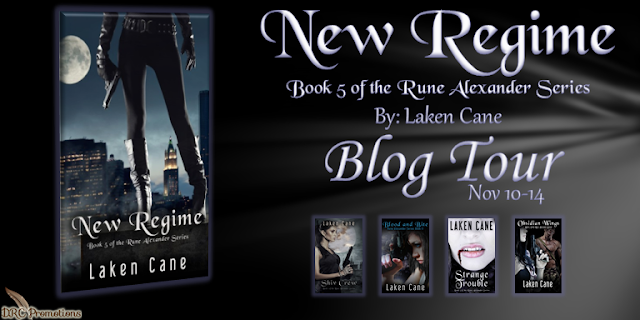 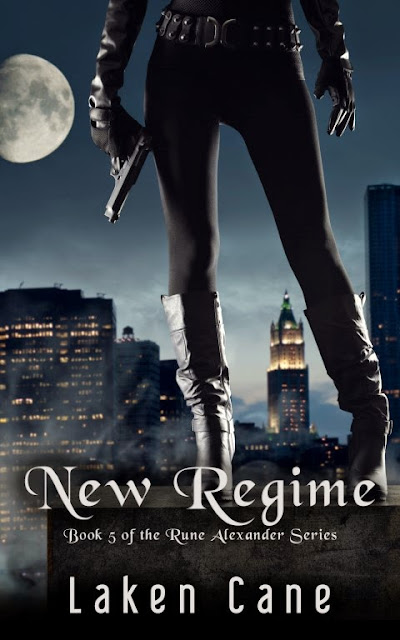 Rune and her people have been taken under the mysterious wing of the Annex, an agency that works toward Other equality. But with the new regime comes changes and some monstrous enemies the Annex seems to have brought with it. The crew finds themselves up against a group called the Shop, whose leader cares only about his lab and the monsters he creates there. But he hasn't been able to build monsters he can use or sell...until now. Now Rune must follow a path of horror that leads from a little werefox named Megan to a town full of evil in Reverence, Kentucky, and find a way to defeat something worse than blades or guns or bombs.

Magic.
She can't use her claws on magic.
Can she?

In book five of the Rune Alexander series, Rune must deal with not only the monsters, but the escalating tension between the berserker and Owen, flashbacks from the COS attack, and the fear that she's losing Levi to the chasm of darkness started by Karin Love and deepened by the slayers.She and her crew will fight with everything they've got to defeat the evil, even if some of that darkness lives inside each one of them. Because they're Shiv Crew, and that is what they do.

Rune Alexander wants to get through her days doing her job, which is protecting the humans against the myriad of supernatural creatures, known as Others, who exist uneasily in a human's world.

But she is unstable and damaged. She realizes how broken she is even as she continues to submit to the unspeakable things her lover does to her, craving desperately the strange peace she finds in the aftermath.

When she discovers things are not as they seem and a faceless human is torturing the supernatural groups in her city, she and her crew must break the rules and begin to protect the Others from the humans.

But as the darkness inside her becomes stronger and she ends up on the wrong side of a battle she must not lose, who will save Rune from herself?

While Rune is keeping her promise to Ellis and trying to get her mind fixed, the berserker goes away to take care of some business--mysterious business he doesn't share with Shiv Crew.

What he brings back with him knocks the wind out of Rune and makes her question everything she thought she knew about Strad Matheson.
But the worst is yet to come.

With a mad vampire master she must destroy, a child she must save, and unimaginable screams from a past she has to ignore, Rune has her hands full. But there is always something new and terrible waiting in River County--waiting, it seems, just for her.

Because just when she thinks she can't possibly handle one more terrible thing, she discovers a shocking truth about herself, her blood, and her bite.

A baby necromancer calls her mother from the grave, starting a zombie infestation Rune and the crew are not prepared to handle.

But as always, they jump headlong into battle--a battle that will lead into some of the darkest moments of Rune's life. Moments that will shatter her tenuous grip on sanity and make her long for the man whose abuse allowed her to function.

And when she falls, the berserker is there to catch her. To bring her back. To give her what she needs.

The zombies are just the beginning. Worse even than the zombies is what comes after--a nightmare witch named Damascus, a horrific decision, and death.
Always, death.

As she is given another jagged piece to the puzzle of her past, Rune knows that despite its best attempts, life doesn't have the ability to destroy her--though she offers it all the help it might need.

With Strad Matheson and the crew behind her, Rune will stride through hell, horror, and the endless, black despair of her own mind to show the monsters why Shiv Crew is the scariest group of warriors they will ever face...

Gruesome murders begin to pop up in River County, and Rune is introduced to the bird shifters--to one bird in particular, a woman named Cree Stark.

When she gets a whiff of the shifters' scents where COS had been executing a grisly sacrifice, Rune begins to suspect the birds know more about the slayers--and the twins--than they're willing to admit.

Nothing is more important to Shiv Crew than finding Levi and Denim, but when Lex psychically connects with the twins, it isn't good news she brings back.

As always, COS is at the center of it all.

The world is beginning to look at the church differently, thanks to the tireless work of Bill Rice and others like him. The humans' acceptance is turning to fear.

And what people fear, they hate.

What the slayers are planning next will either finish them for good or give them everything they've ever wanted--Karin Love and unchallenged power.

Rune and the crew race against time to save River County from the biggest monster they've faced yet. If they fail, the church will be closer than ever to their dream of creating an Otherless world.

In Obsidian Wings, Rune hides a devastating physical weakness, makes an important choice in her love life, and gains a new understanding that will help her face the future.

No matter what happens, their world is changing. The crew is growing. And so is Rune Alexander. 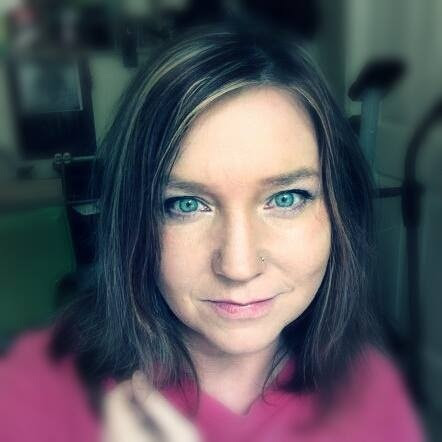 Shiv Crew is my first book as Laken, and I've never been as satisfied writing as I am with this series. I have a sort of end game planned for the crew, but I have no idea how many books it will take to get there. I'm having too much fun with them to think about ending them!

I do have plans to bring in a new character for one book, just so she can eventually get her own series when (or maybe before) the Rune Alexander series ends. That's the plan.

Besides writing--when I have time to do something other than write or read--I play the heck out of my Playstation 4, my Nintendo 3DS XL, and occasionally I find time to play my Xbox 360 or Wii U. Yes. I have a sickness.

I also drink coffee. Lots and lots of coffee. But I have been trying to dilute all that coffee with some green tea. Decaf green tea. That makes up for all the caffeinated black coffee, right? Yeah. That's what I thought.

What quirks do I have? Hmmm. The word "quirks" makes it sound so cute. I don't swallow pills. I chew them. Yes, I chew them. Tylenol, vitamins, doesn't matter. Even if I crush it and put it in ice cream first, I still chew. I chew ice cream. For some reason, people seem to think that's weird. I don't get it.

One of my favorite authors is Stephen King. That man can tell a story.

I'm obsessed with vanilla bean lotion from Bath and Body Works, journals, electric blankets, and ink pens. And electronics, coffee, and books. And pizza. And any candy that has peanut butter in it.

I'm something of a hermit, but I don't feel that makes me weird. I don't like the sun on my face and I can't stand the scent of garlic. Maybe I'm part vampire. Maybe. Quirky. Just quirky.

Math and bugs are two things I don't like. At all. I always have a calculator handy and I scream when I see bugs. I've been known to set off the security alarm when I spotted a spricket in my house. Shudder.

A little about my past: I grew up in the country with six siblings. We went to church. A lot. Pentecostal. There were nightly episodes of speaking in tongues, singing and dancing, and the casting out of demons. As a child, I wasn't real sure if those demons were going to leave their hosts and set up residence inside me, so that made for plenty of nightmares!

We had no TV for much of my childhood. Books were everything to me. I was only allowed certain books, so the others--the good ones--I had to sneak and read. I did a lot of sneaking! I read everything I could get my hands on. Didn't matter what it was, I'd read it. I was not a fan of school.

When I was very small, my main goal was to grow up and eat all the ice cream sandwiches and potato chips I could hold.

Then I grew up and decided they had too many calories. Sigh.

I was lucky enough to be a mother to two truly amazing children, a son and a daughter. My little girl was born with a variety of severe health issues, and on a bleak December day in 2009, I lost her.

Little things--
I'm a lefty. I'm a pretty terrible driver--possibly because I get lost in daydreams and stories and forget I'm driving. I'm very short. I can't sleep without a fan.