Risking It All ~ JM Stewart 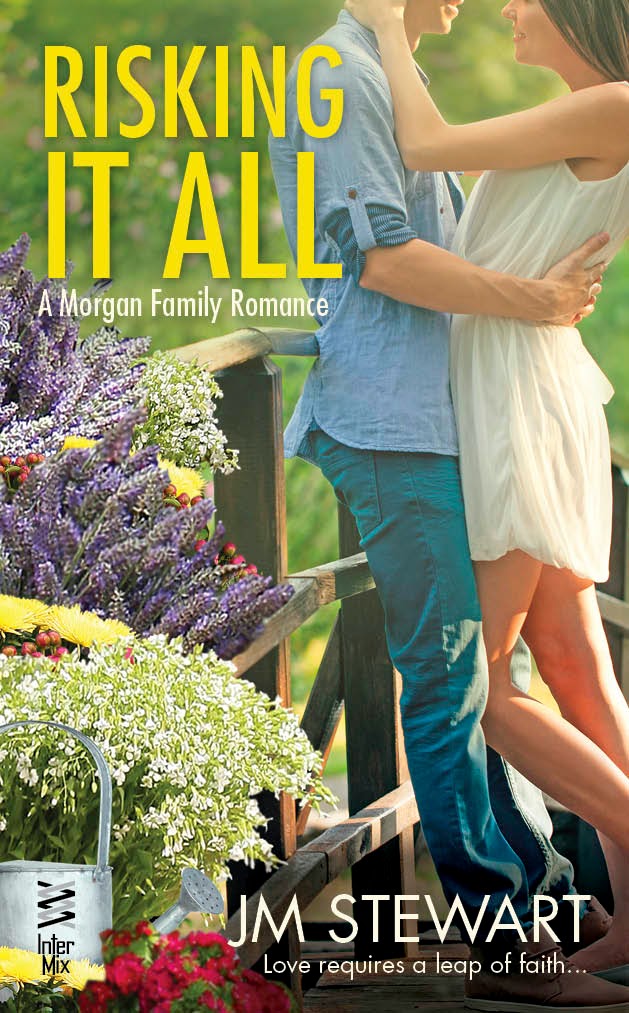 Love requires a leap of faith...

She’s everything he wants…

For years, Kyle Morgan has hidden his true feelings from the gorgeous girl next door that he grew up loving and protecting. But when she shows up at his apartment in the middle of the night, desperately needing comfort and support, his iron will begins to waver…

…and the only thing he can’t bear to lose.

Kyle was always the big brother Cecelia Anton never had, but suddenly her goofy best friend has become a sexy man she can’t keep her thoughts—or hands—off of. As their deep connection melts into uncontrollable desire, Ceci is willing to put it all on the line for a shot at true love. Only Kyle is keeping a terrible secret about Ceci’s past that could destroy not only their lifelong friendship but their happily-ever-after…

For a moment, she stared, her eyes searching his, then she straightened her shoulders. “Why’d you kiss me?”

Panic curled through him, sending his pulse pounding into his rib cage. Damn. Why hadn’t he expected her to ask that? But he couldn’t answer it. To do so would be tempting fate. An intense need for distance seized him. Half afraid he’d lose his mind and do something else he’d regret, like pull her into his arms and show her why he’d kissed her, he shot to his feet.

He flashed her a smile he knew had to look as phony as it felt. “Headache’s better. Thanks.”

He didn’t wait for a response but strode toward the yard.

His answer sat on the tip of his tongue, but the voice of reason sounded in his head. Don’t say it. Whatever you do, do not say it. Just keep walking.

Her soft footsteps sounded behind him. “You can’t just do something like that and walk away and expect me not to question it. You blow hot and cold, do you know that? I know desire when I see it, yet you just keep walking away.”

“Ever think maybe I wanted to kiss you?” The words left his mouth on a hoarse whisper, and God help him, a desperate need to see her eyes seized him. He turned to find her directly behind him. She stared for a fraction of a second too long, heat and curiosity blazed in her eyes. A heartbeat later, a light blush stole into her cheeks, but she didn't move, didn't say a word.

Everything inside of him ground to a halt, his mind twisting off in another direction. I’ll be damned. If ever he needed a confirmation, there it was. Whatever had happened between them was definitely not one-sided. 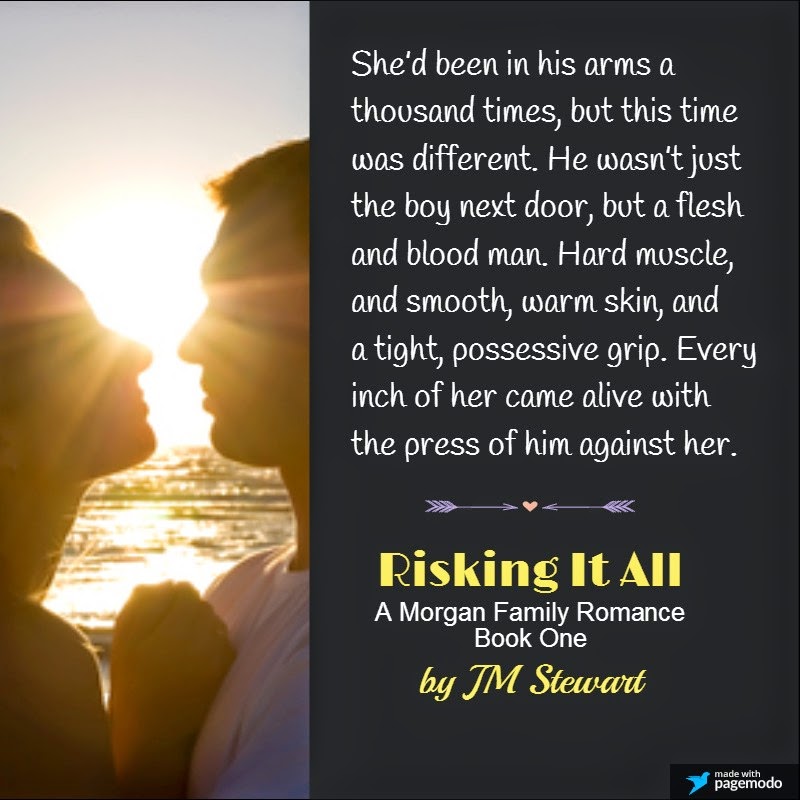 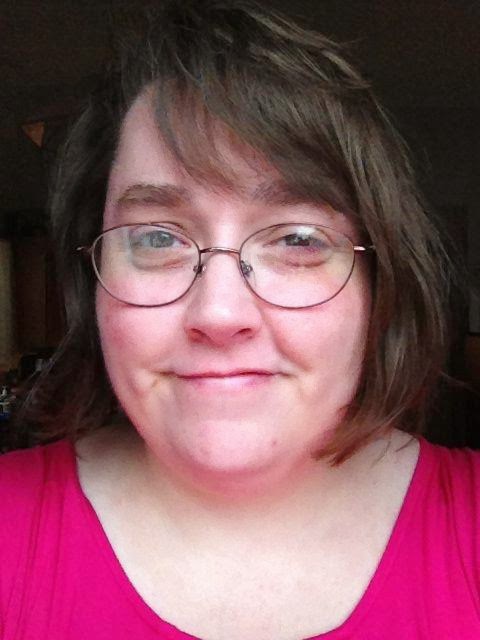 JM is the author of passionate, heartfelt contemporary romance. She’s a wife, a mother, a spiritualist, and lover of puppies, and happily addicted to coffee and chocolate. She lives in the rainy Pacific Northwest with her husband, two sons, and two very spoiled dogs. She’s a hopeless romantic who believes everybody should have their happily-ever-after and has been devouring romance novels for as long as she can remember. Writing them has become her obsession.


JM is looking for Street Team members who are active on Facebook and Twitter. Is this you?
Want to be one of Jo's Jewels?
Then click here!