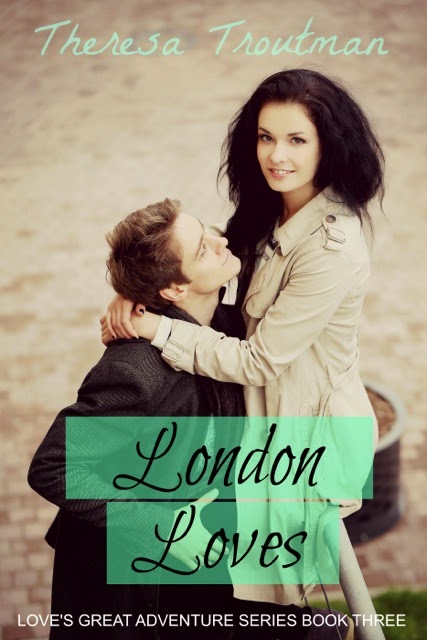 “You never know what the future holds.”

Tess Hamilton Irons is excited about her new job prospect overseas. Her husband Sebastian has second thoughts. He acquiesces to his wife so she can have her dream job in his hometown of London, a city brimming with excitement and adventure at every turn—not all of it good.
Lady Lily Irons’ menacing persona looms large as Sebastian vows to protect his family at all costs. With the help of an unexpected ally, Sebastian begins a search for the father he never knew.
In a split second, the life they know is blown to bits and Sebastian is forced to pick up the pieces. Can he reclaim the life he loved or is the inevitable change a good thing?
Friendship, love, lust, tragedy, and triumph combine in the thrilling conclusion to the Love’s Great Adventure series. 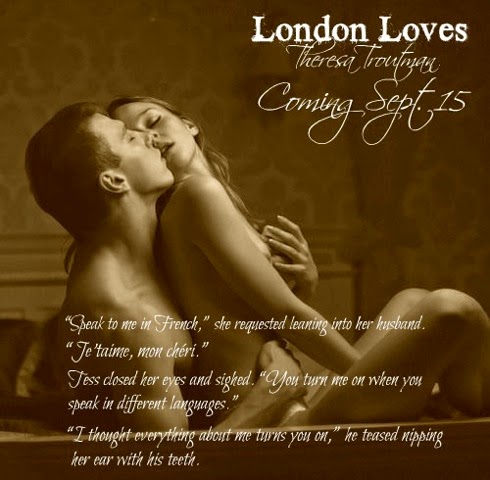 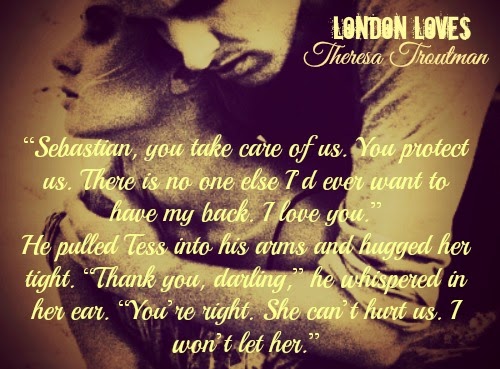 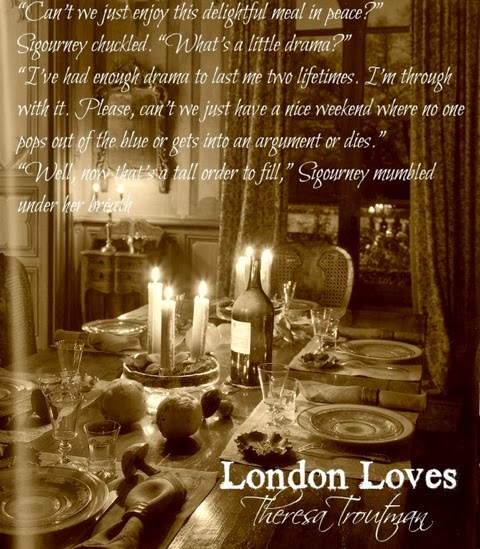 
gifted to me an exchange for an honest review
aww poor bas he is such a sweetheart and carries the weight of the world on his shoulders, lady irons is a bitch I didn't like her at all , Mattie is adorable she reminds me of the little girl ava from two and a half men so proper and too big for her boots but yet so cute, I have loved this series and this book did not disappoint so sad at times, and light and adorable at others, a truly great romance about pulling together as a family through thick and thin and trudging through hard times so long as you have the ones you love, well done Theresa great story brilliant series I loved it 5 huge stars can't wait to read more of your books.

Excerpt 2
Over the course of the dinner, Alistair went on to tell the group about his travels to Africa, while Sebastian and Tess talked about living in New Jersey and working in New York. When they finished their meal, Tess put Mattie to bed. Sebastian and Alistair sat in the living room, enjoying an after dinner drinks.
“I read in the papers that Penny Stanton and your brother are engaged. That was a surprise,” Alistair said, crossing his legs as he sipped his scotch.
“Do you keep in touch with Penny?”
Alistair laughed. “After she told me to sod off and few other choice words—no.”
“You cheated on her in public. How did you think she’d react?”
“Irons, you were no saint back then either,” Alistair reminded him.
“Yes, I know. Things changed. I met Tess. I have a beautiful daughter. I wouldn’t trade that for anything in the world.”
Alistair became quiet, lost in thought. Finally, he looked Sebastian in the eye and said, “Penny was the best thing that ever happened to me and I blew it.”
“I won’t disagree. Why didn’t you go after her?”
“I was young and stupid. Hell, we all were back then—all of us except Penny. I was going to the Naval Academy, and it just didn’t seem possible to carry on a relationship.” Alistair looked down at his perfectly manicured fingernails and asked, “Is she well?”
“Yes, she is well. You can’t tell me you never run into her.”
“A few times—here and there. She smiles politely, but we never speak.”
“And now that you see someone else is serious about her, you want her back?”
“No, she’d never have me even if it were possible. I like Maxwell. He’ll be good to her.” He placed his glass down on the coffee table and ran his hand
through his blond hair. “Bollocks! I’m just feeling sorry for myself.”
“Poor Prince Alistair.”
“Sod off, Irons,” he said, cracking a grin.
The two old friends looked at one another and began laughing aloud. Just then Tess walked back into the room. “Keep it down you two. Mattie just fell asleep,” she admonished as she sat down next to Sebastian.
“Sorry, darling,” he apologized, kissing her temple.
“So tell me, Tess: what on earth made you fall in love with Sebastian?”
Tess looked up at her husband. Her lips curled up into a smile. “I had never met anyone like him before. He’s the most loyal friend I’ve ever had, the most loving husband, and the best father.”
Sebastian looked at her, his eyes shining bright with happiness. “I love you,” he whispered, forgetting Alistair was still in the room.
Alistair cleared his throat to get the couple’s attention. “I’d best be going. You two lovebirds seem like you need some alone time.”
“Please, you’re welcome to stay a while longer,” Tess offered.
“Thank you for a wonderful dinner.” Alistair stood and kissed Tess on the cheek. Next, he shook
Sebastian’s hand. “If you’d like, I’d love to have you by Kensington Palace in a few weeks for dinner. I have an apartment there. You’re welcome to bring Mattie, too.”
“Thank you for the offer, but I’m not sure you want Mattie running around the palace,” Sebastian said.
Tess looked up at her husband with expectant eyes. “She would love it and so would I.”
“It’s settled then. I’ll have my secretary ring you next week with a date.”
“Thank you, Alistair. It was a pleasure to meet you,” Tess said, extending her hand.
Opening the front door, Sebastian said, “Have a good evening.” He watched as Alistair made his way to the Range Rover parked in front of their home. When he had driven off, Sebastian loosened his tie and shook his head in disbelief. “How did you mange to wrangle an invitation to the palace?”
“You’ve known him how many years and you’ve never been there?” Tess asked in disbelief.
“Back then, the palace—any palace—was the last place we wanted to be.” Sebastian took her hand and led her to the bedroom.
“Yes, I suppose wild parties and fine painting and antiques don’t mix. Too many things could get broken.”
“Exactly.”
“He seems nice enough. Do you think he’s tamed his wild ways?”
“Maybe he has. It’s hard to say. He’s regretting letting Penny get away.”
“He told you that?”
“Yes.” Sebastian closed the bedroom door and began to take off his suit.
“Hmm, interesting time for him to pop back into the picture,” Tess mused, stepping out of her dress and then hanging it in the closet.
“I’ll keep an eye on him. I don’t need him stirring up trouble for Max and Pen.” 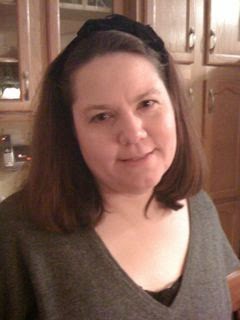 Author Bio
Theresa Troutman lives in Pennsylvania with her husband and their crazy dog, Niko. She loves reading, theatre, traveling and is an active member of the SCBWI. Works by Theresa include My Secret Summer (YA romance), A Special Connection (New Adult Romance), and Life's What You Make It - Love's Great Adventure Series Book 1 ( Mature YA romance)
Love This Life book 2  - London Loves book 3
Feel free to contact her on her Facebook page.
https://www.facebook.com/theresa.trou...
http://theresatroutman.wix.com/theres...
@theresatroutman
Google+ https://plus.google.com/u/0/115668965...